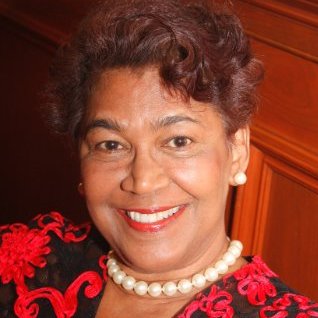 Jean P. Alexander, emigrated to the US in 1971 from Trinidad & Tobago, unaware of the obstacles she faced as an immigrant.

After graduating from the Borough of Manhattan Community College in 1976, she went on to attend Baruch & Hunter Colleges. Ms. Alexander is one of the founders and serves as Executive Director of The Caribbean American Center of New York (CACNY) and as Director of Marketing and Public Relations for the West Indian American Day Carnival Association (WIADCA) since 1976, the producers of one of North America’s largest cultural Festivals – the West Indian Labor Day Carnival Parade on Brooklyn’s Eastern Parkway.

Ms. Alexander has received numerous awards, including: the Rev. Dr. Martin Luther King, Jr. Award for Community Service from former Mayor Rudolph Giuliani. Jean is also a member of many Boards. Mayor Michael Bloomberg appointed Ms. Alexander to the Board of Trustees of the Brooklyn Children’s Museum.

Jean has not only raised and educated her five children, but she has forged a career of her own and has devoted over 38 years of her professional and personal energies to giving back to the needy by providing guidance, counseling and opportunities for immigrants and minorities.